Now that summer is here hair removal is an issue that interests a lot of women. Today’s guest post may give you some ideas… 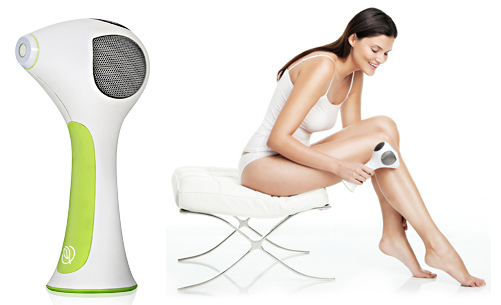 Can you Achieve Permanent Hair Reduction?

Laser hair removal has been around for twenty or so years now and is an increasingly common ‘cosmetic procedure’. Until recently it has only been available in salons or clinics, but recently a number of home laser devices have come onto the market. Initially available in the US, they are now available here in the UK. However, there is a lot of confusion around what constitutes laser treatment and how effective it is. In addition the term ‘laser’ and ‘IPL’ treatments are often confused so what’s what and which should you choose?

Laser and IPL treatments both used light. IPL stands for Intense Pulsed Light; IPL uses light to attack hair as it grows and, without getting technical, burn it away. It’s not as painful or horrible as it sounds, but IPL is, in effect, just another way of removing hair. Shaving, waxing and depilatory creams all remove, but don’t destroy, hair. Each different method of removal has its own merits; shaving can be completed relatively quickly, waxing and creams don’t normally require much time either, nor do they involve skin irritation – in most cases. The downsides are that they tend to need frequent treatment and in the case of shaving, irritation can be caused (on so many levels). IPL, unlike these other methods does remove hair and it’s relatively long lasting. However, once removed the hair follicle, or root, begins to develop and gradually hair reappears. 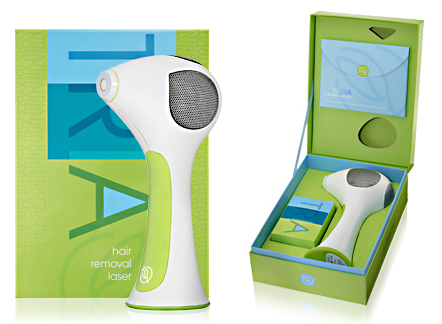 Lasers also use light but in this case it is targeted to destroy cell structure. This sounds really quite scary, but the laser is adjusted to destroy specific cells; in this case the cells that create melanin. This is the dark pigment in hair and skin and lasers specifically target the dark pigment in hair. The important thing to note is that if you have very dark, or black, skin laser treatment is not considered safe. On mid/olive and lighter skin laser treatment is fine, but it will only work in conjunction with darker hair, again from medium browns to dark. The big difference between IPL systems and laser systems is that by damaging the cells during the growth period, lasers disrupt their ability to re-grow. Laser treatment is not a one hundred per cent permanent removal treatment but it does reduce growth considerably. Salon treatments require several sessions to catch each hair in its growth cycle (which is when laser treatment is effective) but once treated the area of hair will only require infrequent top ups. With home systems the initial sessions can be completed in the privacy and comfort of your home, while any later treatments can be done likewise at no additional cost.

Laser hair removal products for home use are designed with safety in mind. The best systems will have a safety feature that checks your skin tone before use; remember very dark or black skin can be burnt by the laser. If your skin tone is not correct for the laser it will not operate, which means the system should be safe if it allows you to use it! The TRIA hair removal laser is one that has be licensed for use in the US for some time now, by the Federal Drug Administration authority. The system’s manufacturer is not allowed to make rash claims – such as permanent results, but TRIA laser hair removal at home reviews make it clear that many women have found the effectiveness to excellent. Some have reported results very quickly and the longer term effectiveness seems has been reported to exceed even TRIA’s own claims.

Laser hair treatment was, until recently, the preserve of your average WAG about town. Costs have come down considerably in the last few years and the salon treatments are becoming affordable. The home systems are excellent value by comparison. Costing around £350 they can easily compete with a single series of treatments in the salon for just one area of unwanted hair. The advantage is, of course, you can use and reuse the system on every area of unwanted hair at no additional cost and, again obviously, should further top ups be required, these don’t come with an extra price tag. It seems that finally, a long term way in which to free yourself from tedious shaving is at hand.

The TRIA laser hair removal at home system is one of a number available on the market. Using the same technology applied in salons and clinics, at a fraction of the cost, it offers a realistic permanent hair reduction technique.