Here is a preview of two nail polish collections for summer 2014: Orly and Essie. Both include 6 bright juicy shades to rock this season.

As for  Essie, their

END_OF_DOCUMENT_TOKEN_TO_BE_REPLACED

I used to be a bit obsessed with all the different nail polishes. All those out-of-this-world stunning shades and innovative finishes  really rocked my world. Of course, I am no way even close to the  real nail polish fanatics, but I do have several shades of yellow, for example.

But recently something changed and I’ve been wearing classic colours all the time, think red/berry/plum.  I don’t know why, but every time I paint my nails with green or brown, I’m not feeling it. It’s been like this for about two months. Back to the basics?

The only shades that

END_OF_DOCUMENT_TOKEN_TO_BE_REPLACED

But take a look yourself!

So what is happening in the nail polish world? Here is the update about the most interesting new launches.

butter LONDON released a trio of the nail polishes  in The Full Monty, Diamond Geezer and The Old Bill to celebrate the 2012 London Olympics.

So here is one more nail polish from Orly Mineral FX collection which is called Rock-It and it is probably my favourite shade.

It is a gorgeous reddish fuchsia , the  shade is not very accurate on the photo actually, it is cooler  in real life. 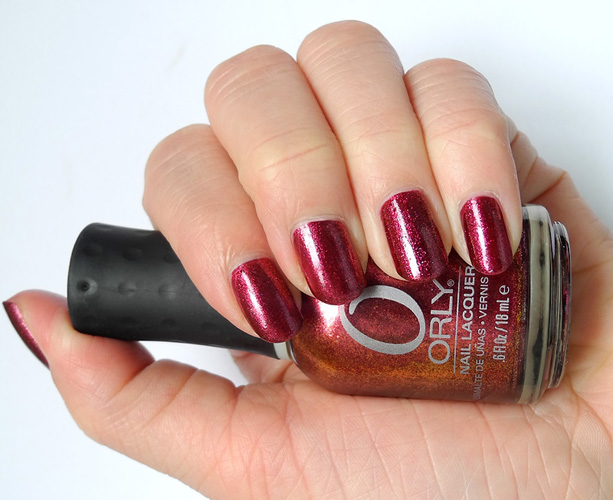 The nail polish goes on very smoothly and gives an opaque coverage with two-three coats. The colour is very wearable and would suit pretty much everyone. I also love the fact that it is very dimensional and shimmering but dos not contain chunky glitter.

I love wearing Rock-It and would recommend taking a look at it!I also like the fact that it’s not  so hard to remove…