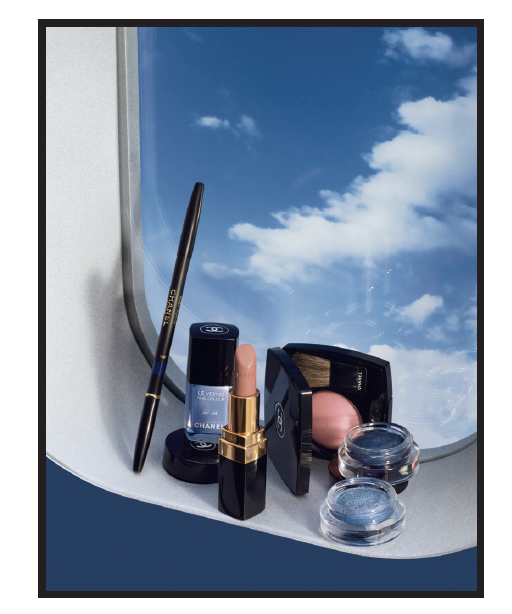 Mascara-laden lashes accentuate the graphic tracing of the eye contour with a sophisticated note. LE CRAYON YEUX BLEU AÉRIEN borders the eyelids with an