I was very happy that so many of you liked Part 1 of my Clean and Lean experience.  And thank you for contacting me on Twitter and via e-mail, but don’t be shy leaving your comments here, as well 🙂

This time it won’t be so detailed, as there were only four new dishes, that I haven’t featured before.

This week it took less time to prepare everything because I already knew how to cook most dishes, plus I have already bought almost all the ingredients, and organized everything. So I had to make only few grocery shopping trips, to buy some fresh fish or berries. And, yes, I did have free time this week. 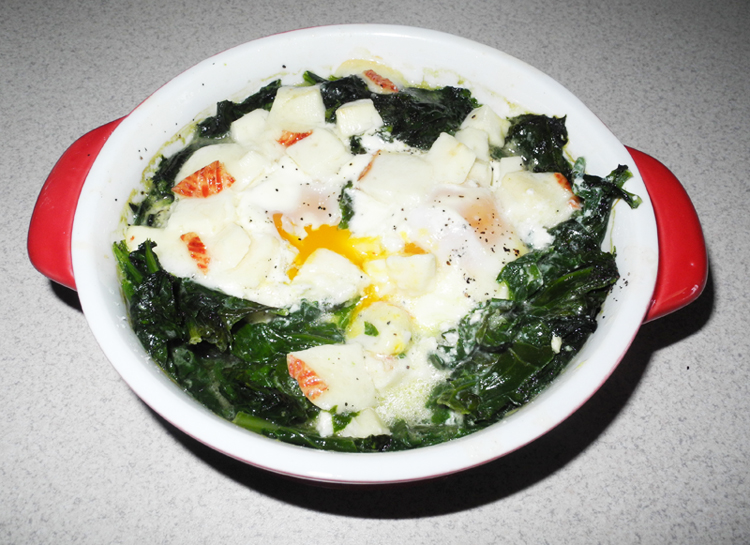 At this point I really got used to such schedule, and didn’t miss or crave anything, like in the first week. I love how everything is organized, and I don’t have to worry about anything: what to buy for dinner, where to eat lunch etc.

Unfortunately, I had some major health issues (which I still need to take care of), so I did end up eating an ice cream to cheer myself up, which was cheating, obviously.  Other than that, I enjoyed most of the meals a lot.

Speaking of ice-cream, that was probably the only thing that I really missed. Any other food? Maybe potatoes, as I love baked, roasted or mashed potatoes, mmm.

Here is the meal plan:

END_OF_DOCUMENT_TOKEN_TO_BE_REPLACED

Today I want to tell you about the series that rocked my world recently.  Anthony Bourdain’s “Parts Unknown”. 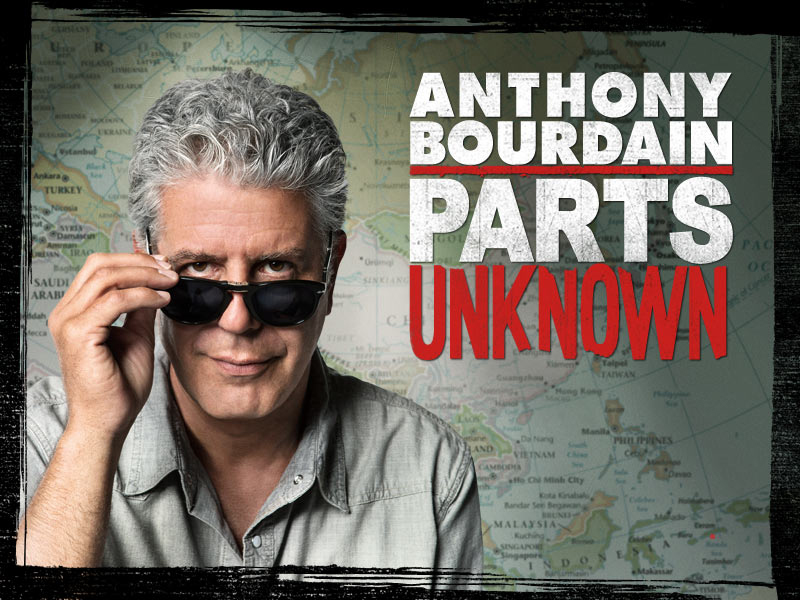 It is basically a show about travelling and food but it’s not that simple.  Anthony visits the places which are not very touristy, and talks with the locals, often chefs, about very interesting topics, from the countries culture to some political and economical issues; their stories are often fascinating.

While travelling and meeting amazing and, often inspiring people, Anthony also shows us local food. Which is  so good, that it

END_OF_DOCUMENT_TOKEN_TO_BE_REPLACED

This month was all about salads, which you could notice if you follow me on Pinterest. I tried not to upload my every meal on Instagram but a few did end up there #SorryNotSorry.

My favourite kind was with lettuce as a base, tomatoes,  bell pepper, cucumbers, some kind of seeds and cheese and mushrooms, grilled chicken or salmon. Usually with olive oil and balsamic vinegar.

But there are so many variants and so many on my to-cook list. So, please, if you

END_OF_DOCUMENT_TOKEN_TO_BE_REPLACED

In my first #CleanAndLean post I’ve promised to publish the second part this weekend. But I’ve realized that it’s summer, and a lot of you want to start a new regimen as soon, as possible. So here is part two today…

I did not take photos of every single meal because: a) I don’t carry a good camera with me all the time b) sometimes I was so hungry, that taking photos was the last thing I would think of… But there are quite a few anyway. The menu is also included.

I am not gonna lie, today was pretty hard. I usually eat  more for breakfast, and often have toasts, so by the lunch time I was ravenous.   This is why I did end up chewing the salad for almost as many times, as James recommends, enjoying it to the fullest. 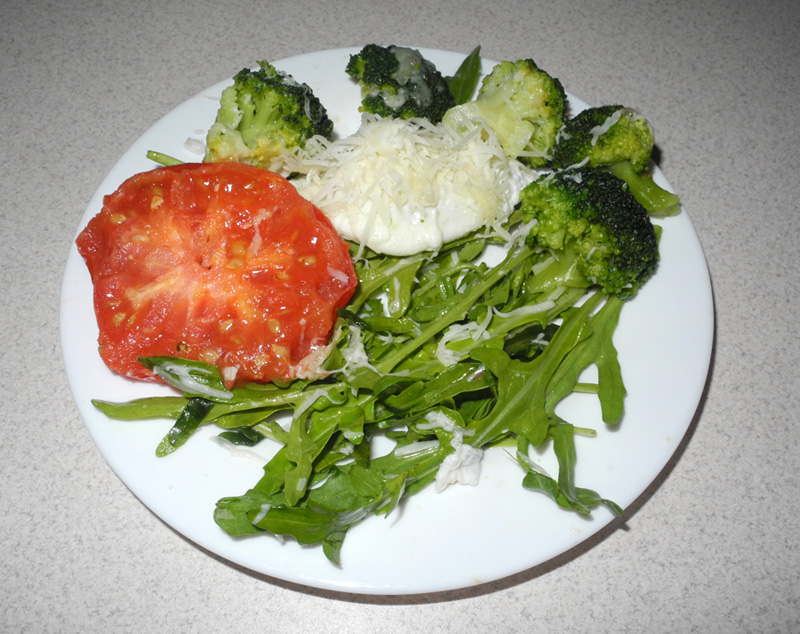 Later in the day, I had to be away from the office, so couldn’t have my  second snack (berries), so was really looking forward to them. I don’t remember when was the last time I’ve tasted such delicious berries! I never though I could be so grateful for them, ahem.

Unfortunately, dinner got delayed, and I have no idea how I’ve managed to spend 7.3 hours (had lunch at 1 and dinner at 8.30) with berries being my only food. I’ve cheated a bit and bought myself a small orange juice. Well, at least I did not go for the ice-cream that I was dying to get. As for dinner, it was the best chicken of my life. Somehow I was so full that couldn’t finish my portion.

I’ve never tried rice milk before, always wanted to, but somehow never did. And, let me tell you, it’s delicious, plus all the nuts, it was good.

I wasn’t starving until lunch, woohoo, maybe this breakfast and snack were more filling, or maybe I am getting used to it? I am also excited that today I am having chicken with salsa and salad with spinach and avocado. Thank God that I love spinach, avocado, and broccoli and eat them a lot anyway, otherwise, I don’t know how I’d be able to stick to this eating plan. 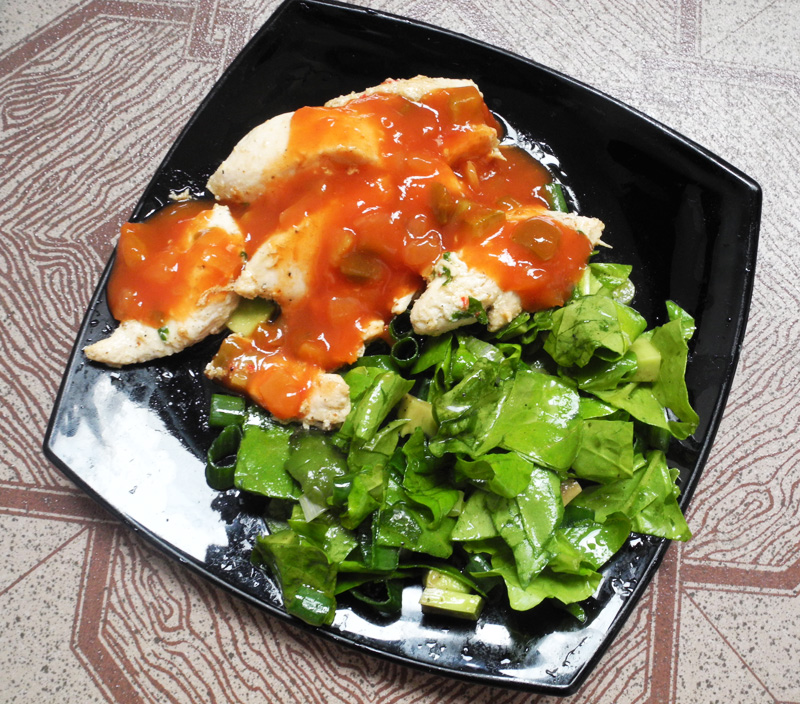 Mince Sauce for sinner was pretty awesome with beef and tonnes of veggies, from courgette and peas to aubergine and celery. Somehow, I couldn’t finish it this time, too. I think, tomorrow, I will make a smaller portion than James suggests.

So far, I’d say that I get less for breakfast and for lunch than I am used to, and more for dinner. Hmmm…

END_OF_DOCUMENT_TOKEN_TO_BE_REPLACED

I love seeing what my friends are reading, so I thought I’d share the books which are on my wish list as well. But not just any books but the ones which are at least somehow related to the topic of the website.  I don’t read popular literature or “chick (the word I actually hate) lit” so not sure how interesting my usual picks would be.