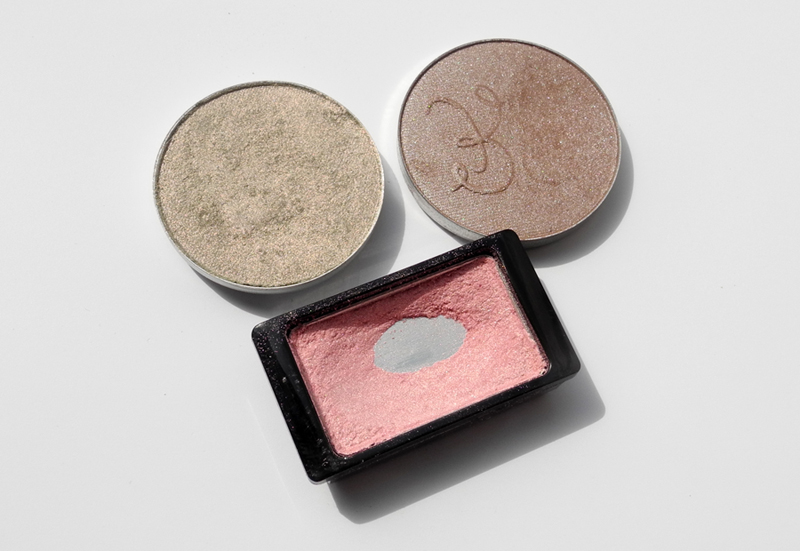 ArtDeco eye shadow 93: described as “pearly antique pink”. You can see that it is well-loved.  It adds just a hint of warm rose colour to the lid. It is not too metallic, just a beautiful sheen. I use it as an all-over the lid shade with a dark liner and lots of mascara.

MAC Vex eye shadow: This is probably my favourite MAC eye shadow that I own. I’d describe it as a duo-chrome with pink and green sheen. Can be used on it’s own or on top of any other product.

I also absolutely adore the mauve and brown shades from my Burberry quad  in Pink Taupe used together. Plus Maybelline’s Metallic Pomegranate rocks, too.