I believe that a lot of you already know  about the new Lancome Precious Cells mascaras: Hypnose and Definicils.

I saw  the new Hypnose mascara just near my place so it was a big temptation to get it because Hypnose mascaras are among my favourite. By the way, there is a Hypnose mascara review scheduled for the evening already. But I’ve realized that I have too many unopened mascaras so I will get this one later. 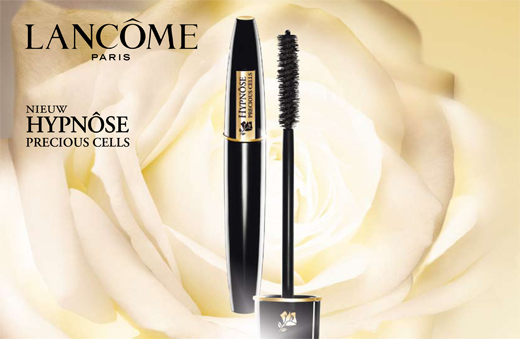 If you are from  the US,  there is a new Definicils mascara and, according to Lancome, it’s the World’s best selling mascara.

You can get this mascara at lancome or Nordstorm.

“The first mascara from Lancôme that regenerates the condition of lashes. Lash-by-lash fullness. Its unique Lash Densifier complex, with precious plant-cell extract, regenerates lash condition. Lashes are stronger, densified, as though multiplied in number. Lash fallout is minimized during makeup removal.”

Do you plan to try these new mascaras? Which Lancome mascara is your favourite? I plan to get Hypnose mascara because I love all mascaras from “Hypnose family”.