Let’s take a look at another Fall 2011 makeup collection. This time it’s by Lancome and it is called 29, St.Honoré in honour of the Lancome’s boutique which is situated there.

I have to say that I like the red lips and nails and the cat eyes, such a classy makeup. 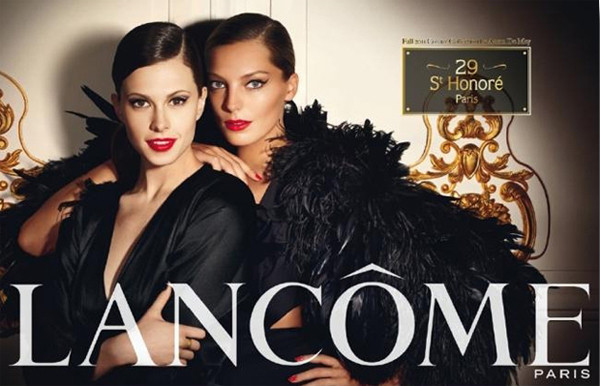 This collection was created by Aaron de May and he was obviously inspired by Paris  and Lancome’s boutique.

The star product of the collection is definitely a blush called Maison Lancome with pink and gold shades decorated with Eiffel’s Tower and a Lancome’s logo.

There are  also two nail varnishes: the red one called 22 Rouge Saint-Honore and the black one called 23 Noir 29.

Plus a black Artliner which is not a new product.

Take a look at the photo