Regular readers know that I am a hand cream fanatic, and I have written so many features on the ones I like during these seven years. The latest post was on Aveeno and Neal’s Yard Remedies, along with cheaper alternatives from Nivea and Garnier. Here is also a selection of my top 5 hand creams (which probably should be revisited).

And here are my latest discoveries… 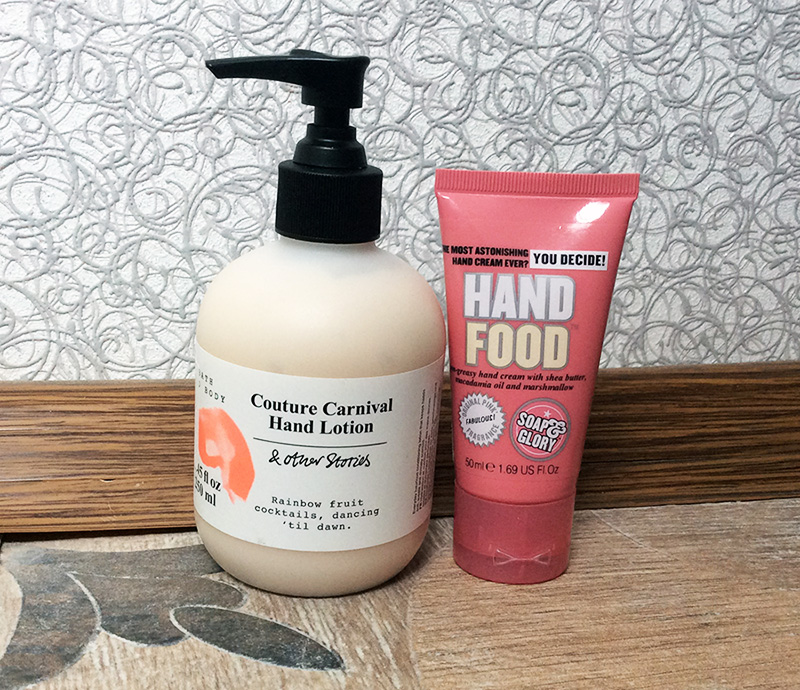 I am so in love with this lotion that I have bought two bottles!  The beautiful minimalistic Scandinavian design, the convenient pump, the light and non-greasy but, at the same time, moisturizing texture.  And the smell. Oh, the smell of it!

I mean, you can’t go wrong with with something described as “rainbow

END_OF_DOCUMENT_TOKEN_TO_BE_REPLACED

I definitely did not need another shower gel but Soap & Glory  Whipped Clean Shower Butter got my attention, and I wanted to try it. I’ve actually picked it up without even smelling it, as I wanted it to be a surprise. I’ve bought it, as it sounded like a nice product for dry skin…

So what was my impression? 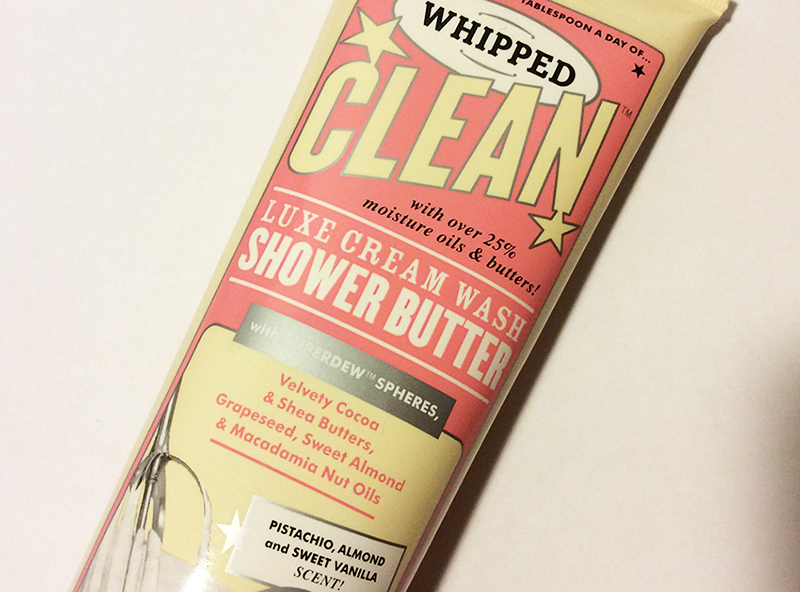 At first I was not a big fan of the scent but now I am addicted, and I mean it.  It smells of almonds, pistachios and vanilla, intoxicating and sweet. I totally get the warning “This is not food” on the tube. Maybe it is not the best product for those on a diet as it will probably make you crave a dessert.