END_OF_DOCUMENT_TOKEN_TO_BE_REPLACED

I like almost any kind of lipstick/lip gloss but I have to admit that I am not the biggest fan of the brown(ish) lip colours.  But I do actually have several brown lip products which look ok on me but I still don’t like them.

I’ve got this Lancome Color Fever lipstick in one of their combined sets. It is hard to find most Color Fever  lipsticks now as most of them have been sold out but I just checked out Lancome’s website and this particular shade is still available.

This  is a brownish lipstick  with shiny particles. It is not bad, really. But I’d rather wear a pale pink. 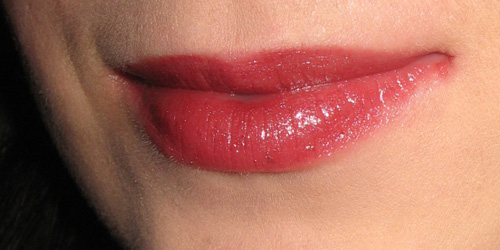 As for the lipstick itself, I love it. I like how it feels on the lips, it stays on for some time, doesn’t fade soon and is not too drying as some lipsticks.  Moreover, I have several Lancome lipsticks and I like them all.