I have been promising a review of Balance Me Radiance Face Oil for quite some time now. So here is is finally… 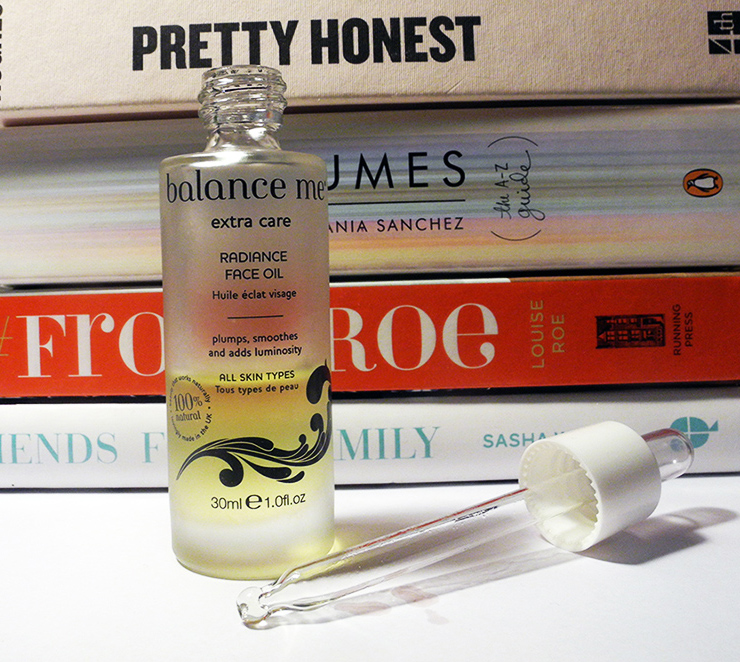 *Spoiler alert* It is one of the best oils out there (I like as much as my REN), especially for the price, and I have actually used it up to the very last drop. No wonder that it is an award-winning material.

Speaking of  the price, it retails for £30 for 30 ml which is a very good value for money, especially for the quality, it is half cheaper than some other oils that have a similar effect.

“Radiance” is a prefect name, as it really changes the way your complexion looks, it does add radiance and glow. The product does not leave an  oily or greasy residue but instead softens the skin, and works perfectly under a moisturizer. I personally massage it in  at night, and when needed in the morning, as well.

This oil is your skin’s best friend during stressful periods with a lack of sleep and lots of worries. Trust me on this!

Balance Me packed Radiance Oil with eight  oil extracts and such ingredients as Amazonian buriti nut, camellia and rosehip oils, blend of yarrow and benzoin and English chamomile plump. Hence a nice, for my taste,  herbal scent.

It comes in a beautiful frosted glass bottle and, in my opinion,  looks as one of the high-end products.