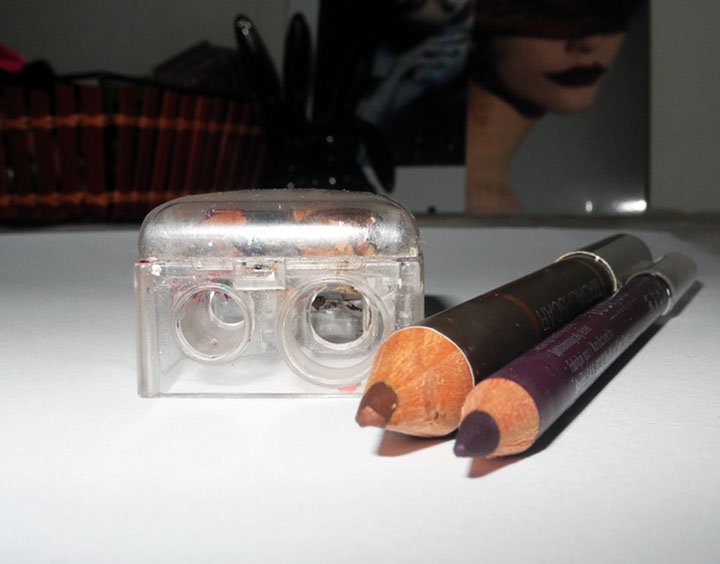 The funny thing is that the Make-Up Artist that I had courses with in the past actually confessed that it was her favourite one, too. And that is saying a lot, as she works with MAC and is a die-hard fan of the brand.

Moreover,  I actually saw this Oriflame sharpener in an article called “Make-Up Artists Must Haves”, along with shu uemura eye lash curlers and some other products. Impressive, right?

I think I will have to get a replacement for my oldie sharpener.

By the way, I had high hopes for BECCA’s sharpener which I have bought a long time ago but I have never tried it because it got lost somewhere. I plan to re-organize my makeup soon, so hopefully will find it.